Numerous people believe that it is possible to reach any goal, if to practice positive thinking. Many writers of our service do, check more information here greatpaper.co.uk/essay-writer.

Authors of popular psychology and personal development books state positive thinking to help humans always be in a good mood, and to bring only useful changes into one's life.

Yet it is not that simple. If to say about short-term perspective positive thinking really can help you feel better. But if to talk about longer terms, it will get your motivation out of you, and will become an obstacle in reaching your desired goals.

Scientists proved there was a connection between positive thinking and low productivity level.

The experiment took place, students who were in love with someone far from them, were asked about how they are ready to date with the persons they chose, and to think about how their relationships will develop in future.

Five months later, scientists checked if those students actually started dating with those they were in love. Researchers found out that the more fantasies students had about that abstract common future, the lower was a chance of them taking any real actions to achieve their goal.

Then same experiments were made on students of different countries. The results confirmed, that positive fantasies mostly do not lead to any positive result.

First, positive thinking increases one's productivity because of allowing them to relax. But then, it starts taking your energy away.

Fantasies about the happy future let us think as if we already achieved the goal. As a result, we do not start taking any real actions, and don't act in the way which should be the right one.

Participants who had more negative thoughts and doubts about their success put significantly more efforts onto reaching what they want.

How Positive Thinking Leads to Depression 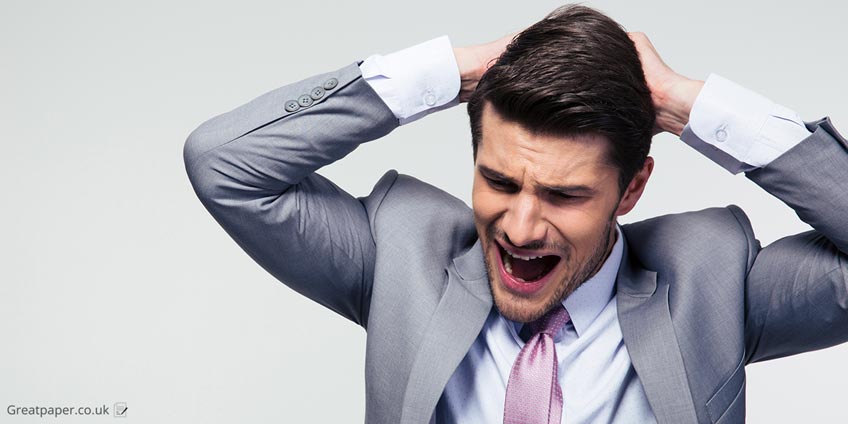 Psychologists think people suffering of depression to gain a distorted view onto events. Depressed people overestimate the scale of negative things happening in their lives, and neutral ones are being perceived by them as negative. Stress can launch such distortions which were unconscious before. And the understanding of the fact that the human didn't do the job or couldn't achieve the goal, can be the reason of that launch.

A number of researches provided upon the people of different age, proved positive fantasies to lower the depression level in a short-term perspective, and to increase it in the case of a long-term one.

To test the connection between lowered productivity and depression symptoms, there was provided another experiment. 148 students described their future academic success level by filling in the open sceneries, and scientists measured their depression level. Two months later, students answered the questions and filled in the same lists once more.

The more positive fantasies students created while thinking about their future - the worse was their academic level. The worse was their studying - the more depression symptoms appeared. The reason of those symptoms was the fact they didn't try enough to study well.

Another research proved positive fantasies to help patients to get rid of suicidal thoughts first. But later with time, the chance of them to take another suicidal try increased.

If you think your friend to be in a depression, do not tell them to think positively. You can do only worse with that advice.

Thinking in Contrasts as the Alternative of Positive Thinking

Don't refuse positive thinking completely, but make it work for you. Combine your dreams with reality. Imagine not only a positive result, but think of possible difficulties you might meet on the way, too.

Same psychologists provided some researches which proved thinking in contrasts to increase both motivation and productivity. For instance, during one of such experiments they asked 168 studying girls from Germany to describe their most coveted desires according to relationships with young men. Girls had to estimate the chance of their desires come true. Each girl described the possible positive result, and obstacles standing on the way to a goal.

Then, students were divided into four groups. First group tried thinking in contrasts: they imagined positive scenery, then negative one. Second group thought only of a positive result; third concentrated on the obstacles which were impossible to overcome. Fourth group thought about negative result, then about positive one. All students wrote down their thoughts during the experiment.

Two weeks later, scientists asked students about steps they made in order to achieve their goals. Girls who used the method of thinking in contrasts were more motivated and ready to start real acting.

Thinking in contrasts allowed participants to put more efforts on goals which were real to be achieved, and to refuse unreal ones.

This method not only helps us to balance efforts, but prepares to possible obstacles. Using thinking in contrasts allows on planning measures to take when some obstacle appear.

There is a method used by Peter Holwitzer and his colleagues, they called it "implementation intention". The basis of a method is making the participants build their future plans using the "If..., then...": construction. Example: "If I meet the situation X, then I'll do Z to achieve the goal."

Researches proved people who build plans that way to be more productive.

This strategy was combined with thinking in contrasts. And there appeared an exercise including four stages. It can be easily used in everyday life, and it is called WOOP (Wish, Outcome, Obstacle, Plan).

For instance, you need to prepare for an interview, you want to make a good impression on your potential employer and to get the job.

It is possible to use WOOP method not only in one's professional field. This strategy helps people to develop time-management skills, to start going in for sports, to lose weight, to travel more, to make relationships with family better, to overcome depression.

To achieve your goals, use WOOP method with no doubts. The more often you do it, the easier it will be to deal will life surprises. With time, it will become easy for you to use this exercise.

But in order to move forward effectively, it is required to concentrate on difficulties and obstacles which can happen during your way of achieving the goal.