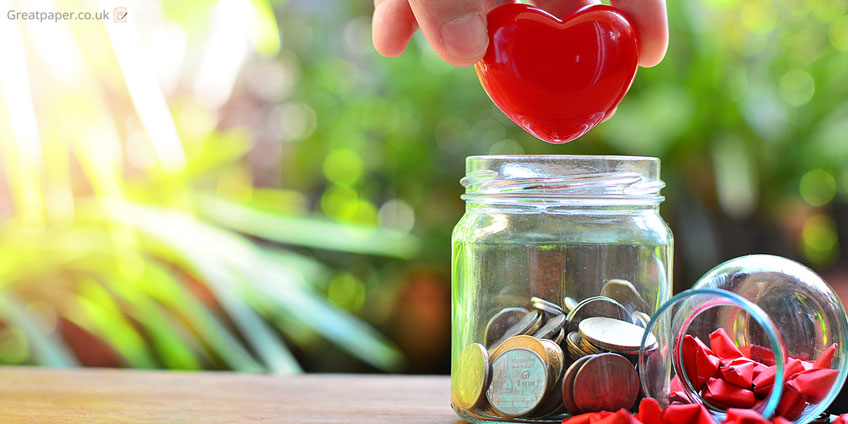 Did you know that universities are the most enduring institutions in the world? Out of 85 institutions which persisted throughout 5 centuries after their foundation, 70 are universities. The latter include the Catholic church, the British parliament and some Swiss cantons. Talk about the power of knowledge.

With the growing demand for skilled workers, the number of universities is bound to increase even further. Even though many researchers predict the collapse of many colleges, it is obvious that those which will adapt to the requirements of time are going to persevere.

So, how does philanthropy influence higher education? Is it a good or a bad phenomenon? It is time to find out.

Philanthropy, especially in the field of higher education, has existed since time immemorial. Such renowned universities as Harvard, Cambridge, Oxford, you name it, have long been funded mostly through the endowments of their successful graduates or other interest groups. Many of them were even named after their financer like Stanford or Duke.

The tendency can be observed that the better the institution, the more money it has. It is related to many factors such as the improved technological base, the ability to hire top-notch professors, and the reputation it enjoys as a result. Many companies are still biased towards the graduates from those educational establishments, so, it may be easier for them to get a job after getting a degree.

Why Do People Donate?

There are three main reasons for philanthropists to donate their money to educational establishments.

Firstly, it is a contribution to the future. Companies as well as individuals understand that smart people can make this world a better place. Therefore, they are willing to make an investment now to reap benefits in the future.

Secondly, it is the tax benefits. It is no secret that if you are rich and do some charity, you are able to get some tax breaks. So, becoming a philanthrope does not only boost your reputation and make the university name buildings after you – it can also be financially beneficial.

Thirdly, philanthropy helps sidestep bureaucracy in the way of innovation. It is no secret that excessive governmental intrusion and numerous regulations can stunt the development of new technologies. Thus, companies would rather create research centers near universities and attract potential employees among students than deal with universities which are often supervised by many governmental agencies. Philanthropy may not be direct in this case – but it still helps universities prosper.

Why Is It So Important Nowadays?

Nowadays philanthropy is no longer a mere benefit – it is a necessity. Many countries like UK cut public funding of tertiary education. It forces colleges to look for extra funding, which can be obtained through fundraising campaigns and individual endowments.

In the wake of the Fourth Industrial Revolution, universities start to realize that the old tricks may not work much longer. The competition among them is dire, so they need to adopt new innovative methods of teaching if they want to survive. This requires a lot of money as 3D printers and AI robots are not exactly cheap.

If universities want to remain at the forefront of human development, they need to change their framework and establish new methods of education. However, public funding and tuition are far from enough to satisfy this need for change. Thus, philanthropy becomes crucial.

Why Is It Dangerous?

It is easy to surmise that philanthropy, despite all of its obvious benefits, can pose a real threat to the independence and integrity of the universities. You yourself probably hate it when political campaigns are funded via super PACS. This can make any political candidate seem biased and ingenuine. Same is true for colleges.

If the institution is funded by powerful business corporations they can influence decisions it has to make on a regular basis. Let’s say it is a pharmaceutical company which lobbies for a new drug. It may fund the university on condition that it provides research which underpins the safety of this drug. It may sound far-fetched, but it actually happens all the time already with individual researchers. That is why you should always treat new discoveries with skepticism and give them time to be corroborated by reputable peers.

No university is safe from this kind of bad influence. Let’s take an example of the London School of Economics. In 2010 it accepted a huge donation from the Gaddafi foundation – right after Gaddafi’s son acquired his PhD with a dissertation that was ghostwritten and contained plagiarism. The director was thankfully fired, but this was still an ominous sign of what may happen if colleges become fully dependent on philanthropic endowments. That is a good example of a case when he should really write the dissertation himself – he could still order proofreading services though.

What Are the Alternatives?

If philanthropy is such a dangerous way of funding, what are the alternatives, you may ask. That’s a pity, but there are actually not many. As I mentioned public funding is shrinking all the time. Students and taxpayers can try to provide, but there are a couple problems with that idea.

Let’s first take a look at taxpayers. Many countries fund higher education from taxes. As an example, it is a case with Germany, but there is a catch. Only a quarter of all high school graduates pursue tertiary education in that country. Thus, it is possible for taxpayers to cover it. However, soon technological advances will diminish the need for low-skilled labor, and people will be forced to get degrees. If it happens, the taxpayer money may not suffice.

The second option is a personal funding. This already works in the US via student loans and parental support. However, there are issues with this method as well. First of all, high fees may discourage many kids from low-income family to even try getting a degree. This, of course, is not good as they could be potential Newtons and Plancks. Thus, the world would lose much of its innovative potential, just because it could provide talented people with enough financial confidence and resources.

Secondly, not all students are able to pay off their loans after graduation. This leads to unpaid debts and destroyed lives, which is detrimental to the country’s economy. There are two options which could be implemented to help with cost recovery: 1) human-capital contracts (students would sign contracts with the companies stipulating that they would pay a percentage of their monthly income towards the loan), 2) income-contingent loan (similar to human-capital contact, but it will not require a student to enter into an agreement with any company). Unfortunately, those two options are still pretty rare.

It is hard to argue against the necessity of philanthropy for the healthy functioning of the universities. However, it is crucial to recognize the threats as well as benefits.

Universities need to become more careful when choosing their benefactors. They should always make sure that they avoid any negative influence from that company or individual and do not damage their reputation as a result.

It is smart to rely on many funding sources, rather than a singular big donor. This can ensure that a university remains unprejudiced and autonomous – just like it meant to be.