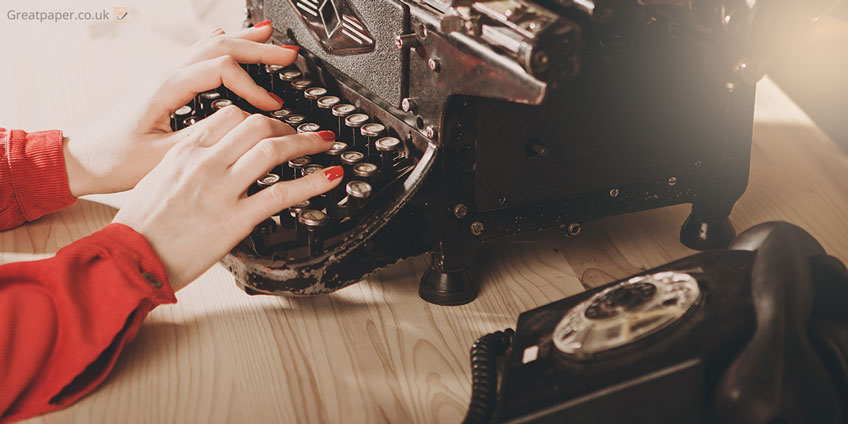 Atonement is a perfect choice for a film review. It is hardly controversial, revolving around the universal themes of war and love, as well as, you will never guess, atonement. Moreover, it is quite a decent movie with many renowned actors and actresses in the cast (see Keira Knightley for reference).

However, I must admit that despite all the critical accolades, I personally had many problems with appreciating this film like its storyline or characters. Hopefully, my thoughts are not going to discourage you from giving it a shot, as there are many people out there who admire Joe Wright’s creation. In any case, if you get a task to review this film, the ideas listed in this article should come in handy.

What Is It All About?

In the beginning the viewer is immediately immersed in the atmosphere of the British countryside in the pre-war period. A luxurious, aristocratic mansion serves as a setting for the movie’s ambitious plot. The viewer in introduced to a bunch of characters, Cecilia (Keira Knightley), Robbie (James McAvoy) and Briony (Saoirse Ronan) being the main ones.

There is a budding romance between a 23-year old flirt Cecilia and a servant’s son Robbie. Despite the class distinctions, they fall steep for each other and do not shun from expressing their infatuation. Cecilia’s little sister, Briony, gets to observe the young love on the side. The precocious child is already an aspiring writer having recently finished her play. Bestowed with a wild imagination, Briony jumps to false conclusions in regards to the relationship between Robbie and Cecilia, which leads to a disastrous outcome for all three.

Later the movie’s setting becomes fragmented between the Dunkirk scenes where Robbie serves as a private and London hospitals where both Cecilia and Briony work as nurses. The large chunk of a movie is devoted to Briony contemplating her error and attempting to fix it. The main question here is whether it is at all possible to obtain the atonement.

What’s Good About the Movie?

First of all, the film is aesthetically beautiful. The magnificent mansion with its pretty fountains and elaborate rooms, the tragic, but grandiose scenes of Dunkirk evacuation, the well crafted costumes of charming Knightley and McAvoy – those alone should make the viewer happy. The love acts are sensual and passionate, the war is scary and gruesome and the ending is… well, you will see. From the aesthetics point of view, the movie definitely gets an A+.

Secondly, the director Joe Wright in collaboration with the screenwriter Christopher Hampton managed to stay surprisingly faithful to the book on which the film was based. Ian McEwan, the author of the 2001 novel, expressed his fascination with the job the two have performed. It is not uncommon for the readers to be frustrated with the book’s adaptation. The most typical complaint is, of course, the chasm between the two in terms of the content and even the overall message. However, in case of Atonement, it does not seem to be the case.

Thirdly, it is the acting. Of course, one might retort that with a star cast like that, good acting is to be expected. However, it is not Keira Knightley or James McAnvoy who impressed me the most with their performance. It is the young Saoirse Ronan, who was so perfect in her role of a beginning child writer that poor Romola Garai having to take over her adult part simply faded in comparison. At that time nobody knew about Ronan, but now she enjoys a successful acting career, not in the least due to her marvelous interpretation of an imaginative, if not a bit narcissistic little Briony.

What Is There to Hate?

Many of the film’s assets have also contributed to its drawbacks. I would like to start with its majestic grandeur, which, although being pleasing for the eyes, has often detracted from the emotional profundity. Even the war with its colorful gore and intense portrayal of suffering was more of a beautiful expressionist painting, rather than a documentary of real-life events. Thus, viewers could feel a bit (or a lot) disconnected from the events on the screen, mainly, due to their exaggerated aestheticization.

Apart from that, there was no smooth transition between the pre-war period and the war itself. After Briony committed the fatal error, the director as if undertook a hurried U-turn, throwing the viewer into a new whirlpool of events. From that time on, the movie feels very abrupt and fractured. The director is basically ping ponging the audience from the devastated city of London to the wrecked beaches of Dunkirk and back. It could preclude some from getting fully engrossed by a particular scene, as once they start sympathizing with the poor Robbie, they are already back on the streets of London.

Finally, it is the change of actresses for the part of Briony. I would like to state a disclaimer here that I do not think any of the chosen actresses did a poor job. It is just the transition between them which takes me aback. The problem is not even in the appearance deviations or the acting styles. The main issue lies in the credibility of a sudden repentance which seems to overwhelm an adult Briony from the very first scenes of the war period. What was that turning point which made Briony come to a sad realization of her terrible mistake? It is crystal clear in the book, but pretty muffled in the movie.

Atonement is an ambitious project meant to occupy a place in the front row classics. However, it falls short of this challenging goal, mainly because of trying too hard. Nonetheless, the film was both a critical and commercial success, having received the Oscar, the Golden Globe and the BAFA.

Perhaps, you will have a different opinion than me. These are just some ideas which should help you craft a book review devoid of sentiment and filled with practical remarks. However, you do not need to agree with them. Just do yourself a favor – watch the movie and formulate your own thoughts. Who knows, maybe, you will see it from a different perspective.

I must admit that despite not being particularly impressed with the movie, I do not regret watching it. It is beautiful, if not a bit vague and void, and it was a time well-spent. Dario Marianelli with his ethereal piano score added to the film’s emotional depth. The director Joe Wright beautified almost every scene, so it is pleasant to watch. The screenwriter Christopher Hampton crafted a plot which closely follows the book’s original. So, overall, it is a nice movie which, however, did not shake my world.