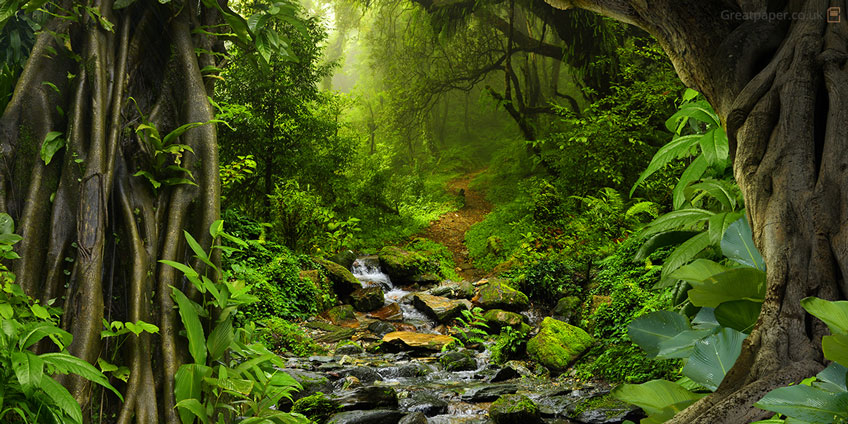 I would like to start with recommending this movie to everyone who wants to relax and forget about the life worries. It is a funny and relatable flick which would entertain not only prepubescent teens, but adults as well.

However, the movie review should go beyond likes or dislikes. In this article I will attempt to give a rational analysis of Jake Kasdan’s creation.

The film was directed by Jake Kasdan and released in 2017 near the Christmas season. It is a sequel to the original of 1995 which starred the deceased actor Robin Williams. The new Jumanji plays upon the modern obsession with video gaming and social media, at the same time pulling off some good comedy. The screenwriters of this film created a story appealing both to the kids as well as the adults.

The movie starts on the magical note, with the old board game being transformed into the cartridge for a video game console. The viewer finds himself in 1996 with young Alex being sucked into the digital world for long 20 years. Naturally, his parents cannot get over such a loss, and their house becomes shabby and dilapidated. However, this is just an exposition. A couple minutes later the film sends you 20 years into the future.

Here the four stereotyped characters are detained for various reasons. They have to clean the library as a punishment, and this is where they find the old gaming console. They decide to give it a try being bored with the task at hand. As you might imagine, the result was quite unexpected.

Why Is It Such a Good Holiday Movie?

It is undeniably a very fun movie. Let’s just mention that the two main characters are played by comedians Kevin Hart and Jack Black. The latter actually has a role of a teenage Instagram-obsessed princess who is about to discover that she is not all about her online image.

Jumanji does not go far to entertain its audience. The movie employs the already existing stereotypes to create a comic effect. First of all, the four friends who get absorbed by the video game are all way too archetypical: there is a fearful nerd (Spencer), a dumb blonde (Bethany), an aggressive jock (Fridge) and a nerd-girl (Martha). Even before they get new video game characters, it is quite entertaining to watch them go about their daily business. However, Jumanji makes sure to deepen the comic impact by turning four friends into the opposites of themselves.

The movie develops very smoothly as the characters go through missions to accomplish their goal and get back to real life. There are many amusing jokes and humorous situations occurring all the time, while friends get to understand their inner selves and form or figure out relationships with each other. It is endearing to see clumsy teenagers become super heroes and try on the roles atypical for them in real life. Kids will enjoy the action and the youth drama, while parents will definitely savor the jokes which are targeted for adults rather than children.

Why May Someone Dislike It?

First of all, it is the four teenage characters. For how many years will they keep shooting movies with a smart nerdy girl discovering her sexuality and a dumb blonde revealing her morality? Even now the audience seems to swallow those stereotyped metamorphoses without a problem, but it does get stale, especially for those who watch a lot of movies. So, even though the jokes about phone obsession and lanky nerdiness are relevant as ever before, they can also be pretty annoying.

Secondly, even though Jumanji world is basically a video game, it is just a facade for the story arc to unfold and comedy to take place. The levels which the characters have to pass are rather blurred, and it may irritate some geeks. It is hard to determine the progress the players made as the film stays mostly focused on the coming-of-age drama which develops in between the action shots. Thus, it may even come off as neglecting the foundational principle of the movie.

Thirdly, the film is predictable. It is a good old story of good triumphing over the evil, and it does boost spirits. However, even though the director tries to put characters into precarious situations, it is obvious for everyone that those are constructed just to push the plot further, not to stop the players from getting what they want. The deaths are funny and ridiculous (all friends have three lives), but it is not hard to guess that everybody will be alright in the end. Thus, all the tension is in vain.

In total, there are four main characters, with the fifth one appearing in the second half of the movie. They all have distinctive features which the director exploits to achieve a comical effect.

Spencer is a slim apprehensive nerd who is detained for helping his friend with cheating. In the Jumanji game he is played by the rock Dwayne Johnson, who masterfully depicts the youthful insecurity which goes in the stark contrast with his overall appearance.  His friend Fridge, who in reality is a strong athletic jock, turns into a miniature Moose Finbar, the weapons’ valet instead. He is played by Kevin Hart, who does a fantastic job presenting the inner conflict of his character.

A nerdy and a bit edgy Martha changes into a skimpily clad, warrior ginger Karen Gillan. Although she fights like Lara Croft, she still cannot flirt to save her life. The Barbie girl Bethany is most unexpectedly portrayed by Jack Black, whose appearance is the opposite of what one imagines when thinking about prom queens. However, it only makes the character even more charming and engaging.

All the things considered, the actors were perfect for their performances and did a great job both reflecting upon the teenage problems and insecurities as well as providing some first-rate comic material.

Jumanji is a perfect flick for a relaxing family day. However, if you expect something original and groundbreaking, this is not the right choice for you. In Jumanji everything is simple and predictable, but also sweet and hilarious.

Even those who are not fans of video games will be able to laugh at the related jokes. For instance, when game characters repeat a certain phrase over and over again, because it was programmed into them. Or when friends have some absurd weaknesses like a cake which would make Kevin Hart prematurely explode. All the actors did a superb job portraying their characters from a brisk if not a bit insecure Karen Gillan as a men killer to a girly and lovable Jack Black.