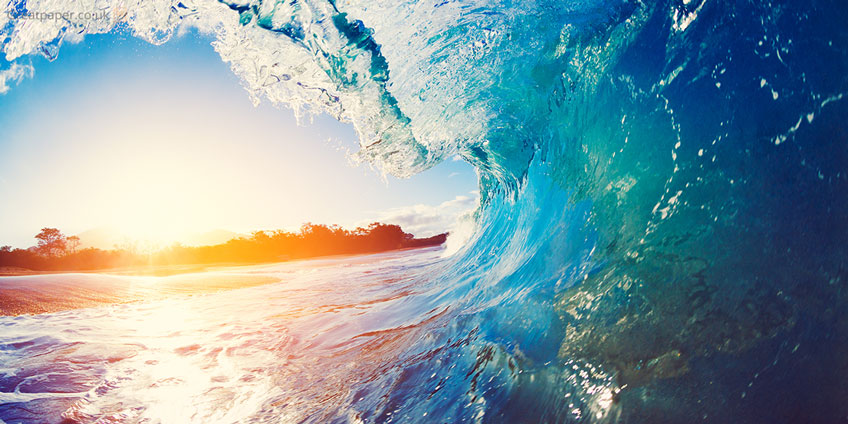 Even if you live in a concrete city, you should still care about the extinction of millions of species around the globe. The truth is that no matter where you live – the world is so interconnected nowadays that if something somewhere goes wrong – you will be affected.

Maybe, you will be lucky, and you will not experience the impact in your lifetime. Maybe, you were born in the first world country and do not have to worry about the water shortage or the ever-growing pollution. However, sooner or later the reverberations of the global ecological tragedy will reach you.

The dystopia already exists – if not in your town, but in many impoverished villages in less successful countries where piles of trash are adjacent to residential buildings. If you do not care about it, too bad – in some 100 years that pile may spread over to your descendants’ house.

In this article I will provide some helpful ideas on how to write an essay about human impact on the ecology and its repercussions. Hopefully, it will be both informative as well as inspiring because if everybody does not participate, the Earth is doomed.

Why Do Ecosystems Matter?

First of all, it is critical to convince your reader that they should care. You may start by explaining the functions which a healthy ecosystem performs and how they influence the well-being of a regular human.

There are four main functions to underscore: replenishing, controlling, providing and cultural. A healthy ecosystem serves to boost the oxygen levels in the atmosphere (see photosynthesis) as well as maintain the structure of soils. Thus, when people cut down trees, they do not only deprive the planet from the source of fresh air, but also damage the land triggering erosion and the disappearance of useful chemicals.

A healthy ecosystem regulates the world. So, fungi eat dead things and transform them into useful material for the soil to grow plants. The latter in their turn would absorb CO2, thus, helping in the planet’s fight against global warming. In addition, a healthy ecosystem is abounding with food. All the fruit and vegetables you, hopefully, eat, do not grow in the supermarket – they are the product of a healthy ecosystem.

Moreover, it is simply nice to be surrounded by the world that functions. Lush jungles and exquisite plants look more appealing than dry abandoned deserts. Healthy ecosystems spike tourism which brings money into the country. So, if you still don’t care about ecosystems, ask yourself – would you rather live near the dumpster or near a beautiful forest?

How Do Humans Impact the Ecology?

One can talk about it forever. There are so many ways in which people negatively impact the world that one needs a book to explain all of them. However, I will focus on the ones that are most critical and will help you ace your essay.

Firstly, it is the cascade effect or the domino effect to put it simply. Basically, when humans damage one link of the ecosystem, the whole ecosystem may fall apart. Of course, it depends on how rich it is already, because the fewer the species, the more important each individual one is. So, one cannot maintain that a particular element is not that important until they investigate how it relates to the system as a whole.

When trees are cut down, the soil gets damaged. In case there is a rain, it may lead to erosion and the desertification of the area. As a result, the ecosystem does not provide enough oxygen in the atmosphere and food for the humans.

When people try to irrigate the soil, it does not lead to anything good either. At first, there are good harvests, but later the soil gets overtaxed and becomes unsuitable for further farming. So, humans need to look for other better soils, leaving the damaged area behind. This later turns that land into a barren desert where nothing grows and nobody lives.

The worst thing is that while humans are cutting down trees, they are also emitting more CO2 into the atmosphere from burning fossil fuels. The fewer the trees, the less capable the ecosystem is to absorb CO2. So, humans not only create the mess, but they also remove the most effective way of cleaning it.

Thus, it is crucial to keep the biosphere intact. With population reaching 7 billion, more and more people will need access to ecosystem’s services. So, it is important to make sure that they are available to everyone.

It is clear that it will be extremely hard to stop or reverse the human impact on the ecology. The renewable sources of energy are still too expensive, and too many countries are too poor to implement them. More than 2 billion people do not even have access to clean water, let alone advanced technology which could potentially save the planet and the humanity.

18 million acres of wood are destroyed every year to produce wood for various purposes. It is true that wood is an eco friendly and healthy material, so many people want to use it to craft their furniture and even build houses. However, it serves a very important role in preserving the ecosystem and cooling down the planet. Thanks to wood and plants in general, we still have an opportunity to remove CO2 from the atmosphere and prevent global warming from happening.

The Paris Climate Agreement was signed, which is an indication that people are slowly coming to the realization that climate change is real and the ecology is hurt. However, people still have a long way to go before they manage to cure the planet and prevent its imminent demise. All countries need to participate in order for the struggle to be effective, not just the developed nations which have the money to implement modern technology and strict regulations.

Human’s intelligence is a remarkable phenomenon. No other species managed to attain such a high level of life and knowledge as us. However, it also imposes a tremendous responsibility which we need to handle carefully. People have transformed the planet too rapidly – it did not have time to adapt. And they still continue doing so – even after figuring out the consequences. It needs to stop; otherwise, the human race may die out because of its own stupidity and short-sightedness.