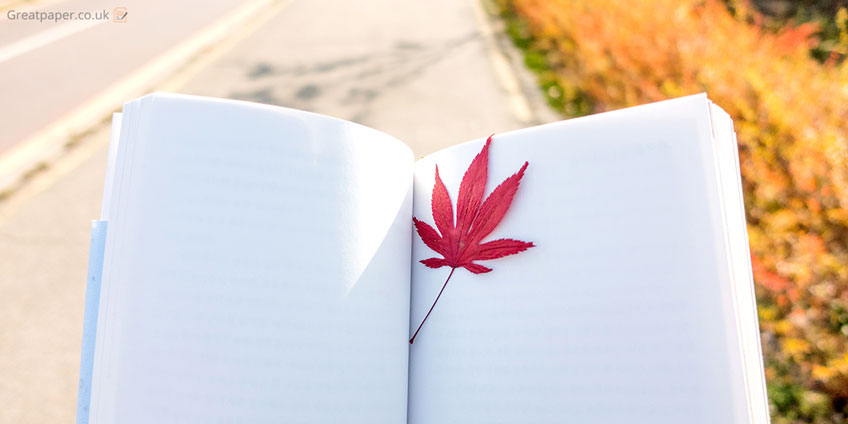 A Good Man is Hard to Find is a short story written in 1953 by an American author Flannery O’Connor. It is quite suspenseful and tragic, while at the same time provoking many different interpretations. In your review it is important to focus on those.

The author belongs to the Southern School of Writers. In her works she touches upon many Southern themes, often moralizing and bemoaning the decline of virtue in today’s world. However, her own explanations often contradict the critics’ viewpoints.

In this article you will learn about the most popular ideas which the story elicits. It will help you create your own beautiful review of this literary work.

It is hard to pinpoint the style of the story. On the one hand it is very realistic. There are no phantasmagorical elements, just an ordinary situation where a family goes in the wrong direction and faces a tragic end. On the other hand, it is definitely very peculiar.

The story, although realistic, is somewhat hyperbolic. All the characters’ flaws are exaggerated. The Grandmother is a racist and self-obsessed hypocrite, the little kids are loud and obnoxious, the father is weak and easy to persuade. The family is not very likable upon the whole.

Moreover, the events which happen later are very grotesque. Especially it is observable in Grandmother’s reaction. Not only does she not care about her kids dying, but she does everything to save her life, even call her kids’ murderer one of her babies. This is as grotesque as it gets.

There is one extremely powerful symbol that one needs to mention when reviewing the story – the grandmother’s sachet. This symbol serves to demonstrate the hypocrisy of social norms, and how they murk the actual morality.

Grandmother wears the sachet as a symbol of her high social rank. She prides herself in being a lady – a status which she finds more important than her children’s own lives. When her kids are being shot, all she worries about is that her own imminent death is not going to be ladylike.

She appeals to their killer, the Misfit, to spare lady’s life. She thinks it’s a good enough reason to let her go. However, Misfit does not care about her pleading, and she ends up dead. Her sachet goes awry, which denotes that she did not manage to preserve her lady status after death.

Since I already started talking about the Grandmother, it is important to spend more time discussing her character as it is central to the story. As you might conclude, I do not see her as a benevolent personage. However, not all critics share my opinion.

For instance, Flannery O’Connor herself maintained in her essay of 1963 that Grandmother was a missionary that meant to embody the Christian spirit. She tried to save her killers’ souls, and she put their needs before her own. She tried to appeal to their obscured morality and induce sympathy.

However, it is hard to think of a Grandmother the way the author does. Part of the reason is the way O’Connor described the conversation between the Grandmother and the Misfit. Basically, when she mentioned Jesus, it felt as if she was cursing – according to the author’s words.

Thus, for me and many other critics it is hard to see Grandma as a good merciful character. She is a masterful manipulator as she tries to appeal to both spiritual and monetary rewards when talking to her captors. She offers them money, she offers them redemption – but nothing works.

So, upon the whole the Grandmother can be seen more as an elitist and capricious hypocrite rather than a big-hearted missionary. If she really was a missionary, she would beg for her children’s lives – not for her own.

After discussing the protagonist, it is worth taking a look at the antagonist, who, in my opinion, is not much different from the Grandmother. He kills the whole family just because Grandmother recognized him, but in the end he proclaims that it is no real pleasure in life.

Misfit is the outer reflection of Grandma’s inner soul. He is what happens when all masks are taken off; he is the ugly truth which hides under the Grandma’s outer decorum. Many critics even compare him to Satan from Milton’s Paradise Lost.

However, unlike Satan who is passionate about his beliefs, Misfit has none at all. He is looking for meaning in life, but finds no pleasure in anything. He kills out of necessity and, perhaps, hopelessness. He is a nihilist, but at the same time, he is a thinker who has not yet given up the search for truth.

When he talks to Grandma he compares himself to Jesus. He believes he was unjustly punished and now has to roam the Earth revenging himself. However, unlike Jesus he does not bring the dead back to life – he brings the living to their death. He is like Sisyphus and, while his labor is not fruitful, he enjoys seeing the boulder roll back down. Misfit derives some sort of contrived pleasure out of destruction – but at the same time he understands that this is not what pleasure in life should be all about.

When Grandmother did not even attempt to find principles to live by, Misfit has it as his goal. However, at this point of life he is lost, and Grandmother’s hypocritical whining does not sway his position.

The title of the story is often mentioned throughout the book. The grandmother refers to this phrase when talking about her former suitor and to the Misfit. The owner of the restaurant where the family stops to eat utters it when talking about a man who did not yet return payment to him.

However, it is not just a motif of the story – it is the author’s stance as well. In this rather pessimistic story there is not a single redeeming character that the reader could look up to. Everybody is bad – even the grandmother who was supposed to be a missionary only pretends to be one to save her life.

It is also a religious reference as Christ told Peter that no man could be called good. Thus, the author criticizes the inability of humans to reach moral perfection – or at least fight against their own inner demons and work on their character.

You do not have to agree with my interpretations. Read the story yourself and make your own conclusions. Many critics do not agree with the author and her opinion of the story. If even the author is not trusted, then my views are definitely not the ultimate truth.

The story is very condensed, but at the same time quite powerful in delivering its message. One may argue that there was not enough time to develop the characters and make the reader care about their fates. However, I believe this was done on purpose – to show how death can come at any moment – even on a sunny day while taking a family trip.

I do not believe it to be a parable of hope. It is a rather gloomy story about people who hide their moral emptiness and those who do not. It is a story about how at a critical moment one’s real nature would reveal itself – often in not very flattering colors.

Thus, I would definitely recommend you getting acquainted with this interesting and profound short story. It may be pessimistic, but it is also a warning to those who only care about being good on the outside.