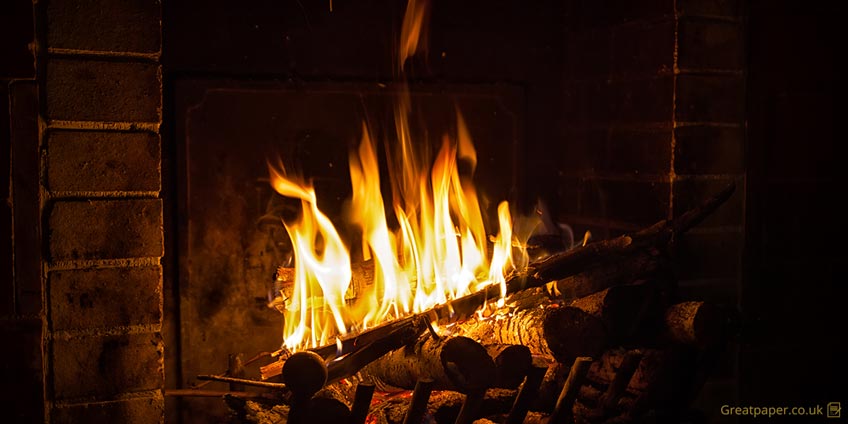 One of my favorite university professors once stated: ‘A person who was the first to say that “time runs” was the first poet’. Indeed, let’s just imagine for a while how creative and resourceful our human mind must be in order to come up with all those witty metaphors and idioms which add specific flavors to our speeches and writings.

So, I would like to devote today’s post to a few pieces of old wisdom and dig deeper into their origins. Today we are going to talk about the meanings of particular group of English idioms, so you could feel absolutely confident when using them in your school or college essays. Bet, a well chosen and properly inserted idiom will make a good impression on your teacher or professor.

This time we will focus on those English turns of phrase which contain the word “fire”. Why have I preferred this very word and, say, not “water” or “apple”?

Well, realizing that my pure interest is not a satisfactory reason for the choice I made, I will tell you that the image or symbol of fire has very similar connotations in many cultures all over the globe. So, even if English is not your mother tongue and you are an overseas student at some UK university, I’m more than sure that you’ll easily find an equivalent to the idioms I selected in your language.

Be No Ball of Fire

I am sure that in almost every fantasy movie that can boast of an episode of a fight between two wizards fire balls take their rightful place among the most expected special effects. One wizard would throw such a fire ball at the other one, and that second wizard would neutralise it with a huge water wave.

Still, if we turn back to our topic, we would associate such “weapon” with something (or somebody) really hot, speedy and destructive. But what if someone dares tell you that you are no ball of fire when it comes to writing your college papers, for example?

It means that when it comes to doing some particular work, you lack enthusiasm and energy for it. So, they should not expect that you’ll complete it fast or with great pleasure. 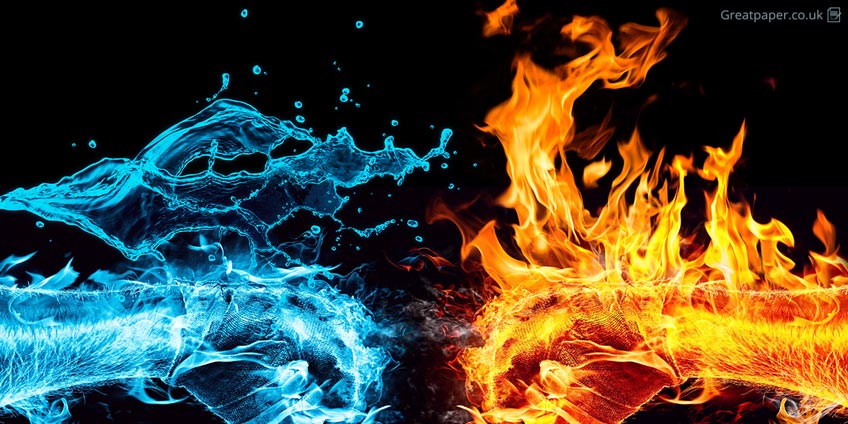 Carry Fire in One Hand and Water in the Other

This idiom can be used as a statement of fact and not as a smart metaphor when you see your roommate dancing near the cooker, holding a burning frying pan in one hand and a cup with water in the other.

But when you use it as a metaphor, you mean that the object of your description is a rather dishonest, duplicitous person. You can never know what to expect from him or her. Only one thing is cleat though: this won’t be anything good.

Let’s see how you could use in your essay:

It appeared that my cousin’s friend carried fire in one hand and water in the other – she was all nice to him, but she told me very unfair things about him.

Have Too Many Irons in One’s Fire

Do you want to write in your application essay what a great time manager you are? Forget about all those commonplace word combinations! I’ve got something more extraordinary for you here greatpaper.co.uk/buy-essay-online.

As you know, fire and wit helped our ancestors make various ironware. Without going deep into blacksmith’s craft, I would just mention that it takes loads of efforts to control the process of hardening several iron items simultaneously.

So, if you want to state that you have a super ability to cope with several things within one certain time period, you can write something like this:

My babysitting experience taught me to feel confident when I am having too many irons in my fire.

If you have ever roasted meat or vegetables on an open fire, you can imagine how hot those beautifully glowing coals are. And of course, none of the participants of your picnic would like to have them heaped on his or her head.

Although the idiom might seem to imply a joke, it features quite serious context and thus the deep meaning. It was probably first found in the Bible, in Paul’s letter to the Romans. He wrote that by feeding your enemy and giving some water or wine to them, you would “heap the coals of fire on their heads”. Simply put, you would make them regret what they had done and repent of it.

To have a better idea of this idiom’s meaning, you are welcome to check the following example:

The child is not guilty of his father’s mistakes, so stop heaping coals of fire on his head. 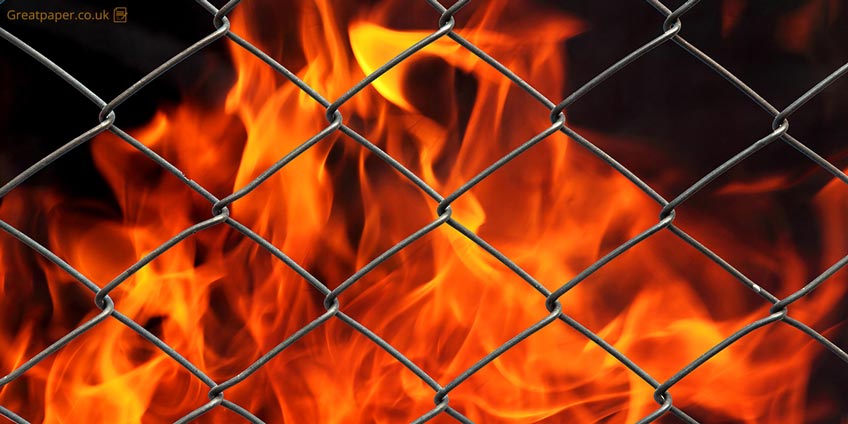 Even if you are not one of those guys who can easily lose their temper every time they get lower grades for their home assignment than they expected, you definitely know that feeling when anger or irritation burns you from inside. If you were a bomb, you would simply explode with that rage.

Once Granny told me that my Granddad taught her to hold her fire every time she faced people or things she did not like.

Hold/Keep One’s Feet to the Fire

Interestingly, this phrase has been used as a metaphor only since the middle of the 20th century. Before this time the procedure, if we can say so, of keeping person’s feet to the fire was nothing but a kind of torture. Also, it could be applied with the purpose to test warrior’s courage.

As you have already guessed, nowadays this idiom implies significant pressure on someone whom you are trying to force to do something. Here is an example to give you a better idea of how to insert it in your paper:

Probably, the only way to make me change my decision to study in New Zealand was to hold my feet to the fire.

Light a Fire Under Somebody

The idiom dates back to the 12th century, and you are quite right if you think that it seems to have something in common with the one we have discussed above. However cruel the circumstances it originates from can be, we can still do nothing about the history.

And it tells us that not all chimney sweeps were that strong and brave guys. When some of them were afraid to climb up the chimney, the owners of the house could light a fire in the fireplace, right under them. Such measure had to motivate them to get out of the house. And it did!

So, if your professor keeps reminding you how many days are left to the submission of your term papers, you can be sure that he or she is lighting a fire under you and your groupmates.

Pull One’s Chestnuts/Bacon out of the Fire

Have you ever tried to do it? It’s really difficult, unless you’re wearing some heat-resistant gloves. However, even if you’re wearing them, there’s still some probability that you’ll get burnt. And what if someone did it for you? This person would definitely become the hero of the day, right?

Now let’s go back to our linguistic reality to specify that the idiom means to help someone in a very difficult, even dangerous, situation. Here is how you could use it in your writing:

My elder brother was a person who always pulled others’ chestnuts out of fire, but sometimes he saved necks of those who did not deserve it. 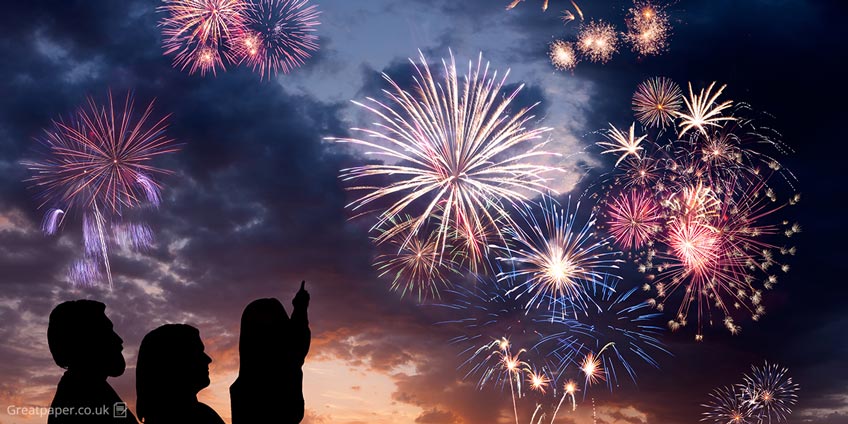 Set the Thames/the World on Fire

It would be a great phrase to use in the description of the main villain in your film review! In the UK we usually use the first variant with the Thames, but the second variant with the world will also sound natural.

Generally, it implies an extraordinary deed that can amaze millions of people, but this “amazement” is usually negative. So, if you are writing about Joker, Dart Vader, Loki or Lord Voldemort, you can add something like this:

He wanted to show what he can and prove that he deserves global awe by setting the whole world on fire!

Malt is a sort of grain that is used for making such spirits as beer or whisky. The manufacturing process involves the specific heating stage. If there is too much heat, malt will get burnt, hence adding smokiness and bitterness to the drink. On the other hand, if the fire is “soft” and the artisan does not rush, the flavors will remain natural, mild and sweet.

How could this idiom fit in your paper? For example:

The government should not rush to complete this social project. We must remember that soft fire makes sweet malt.

The Fat Is in the Fire

What I definitely remember about my chemistry classes at school is that our teacher told us that most of fats burn very well. Just drop some olive oil (as it is also a type of fat) onto a burning candle and you will see it flare up slightly.

So, when we say that the fat is in the fire, we mean that some words spoken or deeds done will negatively influence the further flow of events. Here is an example of how this idiom works in practice:

Somebody told my girlfriend that I was going to leave for Japan the following month, so the fat was in the fire.

Don’t pay too much attention to the number seven in this idiom. You know, it is a kind of magic number in many cultures. The main idea of this saying is that we should always be very careful with people we don’t know well and that we shouldn’t meddle in their lives.

This could be another smart topic for your essay, by the way. Still, let’s see how you can use it in some part of your writing:

My Mother always says that one should know a man seven years before stirring his fire, so I never ask too many personal questions when I meet someone for the first time.