Language can be a very useful tool which helps us build new ideas and bring them into life. But at the same time, language can be a powerful weapon which helps destroy beliefs, traditions, and even nationalities. Will we ever find the golden mean in between these extremes? Well, for now you can try to do it in your paper!

In Part 1 we discussed a few general topics connected with the origins of the English language as well as with the relations between the language and culture. Today we are going to speak about the effect of the language in such spheres of our life as politics, science, and mass media. Of course, these are very multi-faceted topics, so we recommend choosing one or two particular aspects of theirs and write about these aspects in more detail.

Let’s see to what you can devote 10-12 pages of your research paper!

No matter how much you may try to wander off political issues, someone or something will make you return to them sooner or later. Whatever, if with your writing you can demonstrate that you stay abreast of the freshest political news, it will make an impression that you successfully manage to keep pace with this ever-rushing world.

And now you are going to learn how to reveal your interest in politics, linguistic knowledge, and analytical skills in a research paper. Let’s consider the following ideas!

Will English Become Lingua Franca of Science? Or Not?

This topic can encourage you to dive deeper into the origins of many scientific terms and stories of their authors. It is obvious that not all of the greatest discoverers and inventors were and are (and will be) native English speakers. So, is it that obligatory for them to able to present their achievements in this very language?

That is the question you can try to answer in your research essay. Nowadays the scientific works of non-English scholars can be recognized by the world community only after they are translated into English. The Nobel Prize would be a good example here. Is it fair? Well, more and more scientists of the 21st century are saying that it is actually not. However, currently there are hardly any ideas of how this language situation could be changed for the better.

If we could go back to the 15th or 16th century and attend some scientific meeting, we would find out that scholars used Latin. We know that the roman Empire, the cradle of this language, fell in the 5th century CE, so for more than 1000 years Latin remained universal in scientific circles. What is more, it did not belong to any country. Galileo Galilei was probably the first scholar who wrote his work in his mother tongue, Italian.

In 1900s German as the main language of science enjoyed the popularity in the Western World. After World War I, however, it had to yield to French and English. The latter, in its turn, has eventually become the monopolist.

In your research paper you can also argue whether that has and will have a positive or negative impact on the non-English scientific community as well as on science in general. 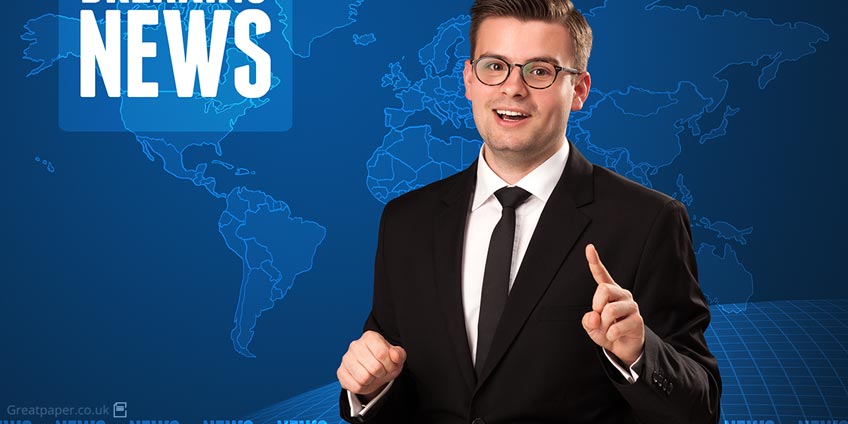 Mass Media & Language: What Influences What?

Here your choice is amazingly wide. Pick your favorite TV programme, radio, or magazine, and analyse how it attracts viewers, listeners, or readers. If you choose a news programme, for example, pay attention not only to the text, but also to the order in which the pieces of news are broadcasted in the morning, afternoon, and evening. It means a lot for both the programme and the channel, as it helps attract the attention of common people who either hurry to leave their homes for offices or search for a brief summary of the most important events before they go to sleep.

Besides, if you are going to write your paper on this topic or some radio programmes, focus on what scholars call paralinguistic factors, such as the tones of presenters’ voices, their intonations, logical pauses and highlights, etc. Check how they influence the way a viewer or listener perceives the provided information, which hints they may add to it.

If you are going to work with a print or online version of some famous English newspaper, magazine, or blog, take into account how the articles, reviews, and case studies are structured. I mean the headings, length of paragraphs, illustrative materials, etc. Depending on the general topic of the articles you select for the analysis, try to define original metaphors and other stylistic devices. Also, pay attention to numbers, quotations, and references. They usually help different newspapers and magazines get more notable in the variety of competitors.

Our writing service team hope you can pick a good topic for a great essay, term paper, or coursework on this website. Follow our updates and find more ideas here!